Since we're going into 2020, I thought it appropriate to "open" with the best opening titles and themes in television shows. All puns aside, I suppose I should lay down the basics, as it were. If you would like to know about this blog and all about it, I will direct you here, to my Welcome page. 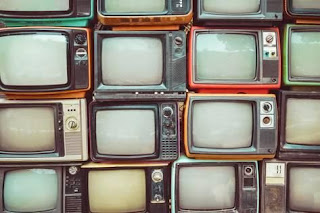 For this list, I'm going to countdown the best titles and themes from TV shows I've watched over the years. They can be either entire sequences with songs, or just a title card with a unique look. These are ones that I can't help but watch, that don't get skipped. You can find the links to any of these by clicking on the title of the show.

~ Number Ten ~
Friends
by The Rembrandts, "I'll be There for You"

Number Ten on my list is probably one of the most popular sitcom themes ever, if not in TV as a whole. In it's run of ten seasons, it didn't change either its talented cast or its now iconic theme song. It made this list mostly for the fact that I can sing it without missing a beat and is insanely catchy. It embodies the show as a whole, covering life, love, work, and everything in between and what a good friend really is. The song, no matter the season, is laid over scenes of the characters and them goofing around in a giant fountain. Is it just me, or has anyone else ever wanted to play around in it?

Walking Dead is one of the most popular drama series on cable to date, thanks mostly to the brilliant acting and amazing set and makeup design. As much thought as was put into these aspects, they made sure to go the extra mile with composing the perfect theme. With the string orchestra accented by bass, it gives you the sense that something isn't quite right... that something may be behind you, or just around the next corner. Of course, the images of zombies and a post- apocalyptic wasteland just adds to it. Overall, it gives the feeling of being on edge, which pretty much sums up the show.

You can tell this song came straight out of the nineties. Though originally in Japanese, it was translated to English when this popular anime was dubbed. While the sequences that go with it don't seem to match the upbeat tune at all, showing fight scenes and darkness and generally what the show is actually about. The song contrasts with the show's theme as a whole, but my goodness if it isn't one the most optimistic and catchy songs ever. Tell me you don't feel like blowing bubble gum bubbles after this, or eating some cotton candy.

~ Number Seven ~
Psych
by the Friendly Indians, "I Know You Know"

OK, so this song isn't really anything that special. To be honest, some of the lyrics don't make a bunch of sense, and it plays over a bunch of shots of the main characters, but it does match the underlying theme of the show. Why does it rank this high, then? Mostly because at one point I binged the entire series with my family, fell in love, and the song comes as naturally to me as the Cha Cha Slide or YMCA. Anyone who has ever watched it will know exactly what I'm talking about.

There's not a lot that goes on in the opening title sequence of what is sure to be a classic when we're all forty, but that doesn't stop me from watching it every single time. I haven't skipped this opening once. All it really does is show credits while sliding letters together in the most pleasing way ever. The simple quiet beat is filled with mystery, making you wonder what you're in for. And in this show, you never know. Also, it has that distinct eighties sound and look, tricking you into thinking you could be watching this on an old tape. It's beautiful in every sense of the word. 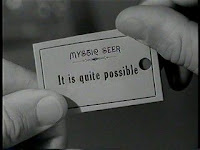 The opening notes of this ground breaking sci- fi series is one of the most iconic ever. Unless you've been 1) completely isolated and devoid of social media, or 2) an alien, you have heard this theme at some point or another in your life. Though the music itself is only half of what makes the opening so great. The other half is supplied by Rod Serling, the creator of the show and known famously for his otherworldly voice over, playing god with his own creation. "... You've just crossed over into the Twilight Zone." Can't you just hear it? 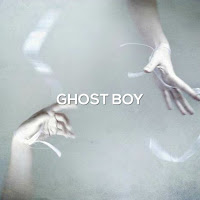 This might hit as nostalgia for a lot of you, myself included. This Nickelodeon show ran for three short seasons in the early 2000s before getting cancelled. Miraculously, it still holds up today, I still know all the words, and is probably the only rap I'll ever listen to. The song gives you all the background you need in the lyrics, while giving bright pops of neon colors and legitimately showing a fourteen- year- old dying and basically resurrecting as his ghost self (for kids, everyone!). And Danny's transformation scenes are probably the best in the animated industry, so there's that.

~ Number Three ~
Star Trek: Enterprise
by Russell Watson, "Where my Heart will Take Me"

Enterprise is probably the most underrated of the Star Trek franchise, and I can't wrap my head around as to why. This song alone made me stare at my screen in absolute wonder, as that's exactly what this song inspires in you. While it plays, it shows a montage of humanity's exploration , from the seas to the stars. It's incredibly beautiful, optimistic, and inspiring, asking us to test our limits, which is what the show is all about. Whenever it plays, no joke, I have to resist the urge to burst out into full volume song. Instead of spelling doom for mankind, it paints a picture of hope, which is extremely refreshing. 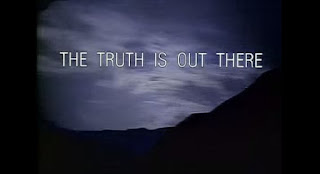 Are we seeing a pattern yet? Apparently, science fiction holds a monopoly for the most kick butt openings ever. This is also one of the most iconic themes in existence; my little brother knew exactly what it was without watching a singular episode. The random images showed in its opening sequence are all manner of weird, which is exactly what you're getting into with this, in the best way possible. It ends with the line "THE TRUTH IS OUT THERE", which could have easily been an alternative title. If you know this theme, then you have tried to whistle along at least once. You sit on a throne of lies if you say otherwise. Also, points for keeping it extremely simple with the credits, basically just showing the main character's manes and moving on. Ironically, I found a video that swaps the X- Files and Stranger Things themes. You can find that here. 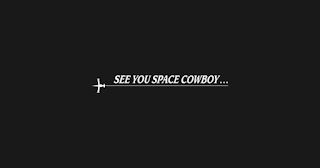 Ah, the much coveted number one spot. Before I get into it, I want to warn pretty much everyone away from this show. I had to stop watching halfway through the series because of the content. However, there's absolutely nothing wrong with the opening and there's nothing stopping me from listening to it over and over again. Strangely, it's all jazz. Seriously, it's probably one of the best pieces of music ever written. You don't even have to watch the montage that goes with it, although that's pretty well done, too, with a bunch of shapes and colors and silhouettes that seem to have no connection to one another. All it needs to do is exist, and it's absolute perfection.

Do you agree with my list? What are your favorite TV openings? Comment below or use this format and tag me! And please, for the sake of everyone, keep your comments clean! Also, don't forget to comment for the House Special!