True love's kiss, the most powerful thing in the world. That philosophy stretches through multiple fandoms and is true in every single one. Of course, there's true love itself, but what better way to express your love for your soulmate than with a kiss? For this week's list, I'm listing the best kisses throughout books, movies, and television. They aren't necessarily my favorite couples; see my last list for that. They're just ones that I think truly portray love. And there ARE SPOILERS AHEAD. Read at your own risk. 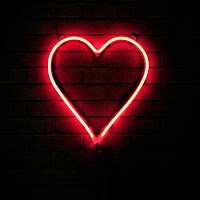 "Is that concern, princess?"
"Caution"
"With a sprinkle of concern?" ~ Dastan and Tamina

So maybe this isn't the most popular Disney movie made, but goodness if it isn't one of the best live action movies they've made. This prince and princess cover the classic trope of enemies to reluctant allies to lovers, where she even tries to kill him at one point. So, yeah, they're relationship wouldn't be complete with the 'the world's about to end so we better get in a kiss before that happens' kiss. It's so satisfying and manages to convey a lifetime of love within just a few hours.

There's something about the old movies. If people had feelings for each other, they acted on those feelings. Same goes for this old- timey couple from a classic romantic comedy. Joe pretends to be a rich son of a millionaire to catch the eye of Sugar Kane, the gorgeous blond who sings in an all girl's jazz band. Through a domino effect of circumstances, they end up kissing on his supposed yacht and you can easily tell that is the exact moment they fell in love completely.

Not going to lie. They're relationship came completely out of left field and smacked me in the face the first time around. Though, upon re- watching episodes leading up to their turning point, it seemed painfully obvious they had feelings for each other. Anyway. Both are the tough- as- nails leaders in a zombie infected world, both trying to make homes for themselves. At one point, they sit down and ask each other about their respective days. After that exchange, they kiss, kicking off their relationship. What makes it so special is that both break into gigantic smiles and Michonne actually laughs because they are so happy to have each other in that moment.

Is it just me, or is there something very powerful and moving about breaking a curse with true love's kiss? While Snow White conveys the same thing, the circumstances surrounding Philip and Aurora are drastically different. Philip literally fights his way through an army of creatures, a forest of thorns, and a dragon to free Aurora from her curse. Can it really get any better than that? I'd probably marry my rescuer on the spot if that ever happened to me.

~ Number Six ~
Percy and Annabeth
The Battle of the Labyrinth (2008)

It's not easy to write a plausible teenage romance that grows over the course of a few years. I remember reading this series and being overly invested in what would happen with Percy and Annabeth's relationship. They reeled me in and refused to let me go. In this book however, (feel free to correct me if I'm wrong; it's been a long time since I read them) they had their first kiss. In the face of impeding danger, of course. I must have gone back and read that part over and over, unable to believe that my ship was becoming canon.

Will and Elizabeth are the iconic couple from the Pirates franchise, but no other movie out their relationship through the ringer quite like this one. Trust issues, family problems, their own agendas, you name it. However, they eventually threw caution to the wind and had the best wedding ever: On a pirate ship, in the middle of a battle, in the middle of a hurricane. They seal their marriage with a kiss that says 'i love you no matter what'. And yes, there's a giant wave that erupts behind them to make it all the more dramatic.

Maybe not all kisses have to be dramatic, with lots of things going on at once. Sometimes, they can just be two people, who are utterly comfortable with one another, just to share a quick moment. Not going to lie, when these two finally had their moment in Infinity War, I almost lost it. What gets me is that it doesn't seem like their first kiss. They are perfectly comfortable with the other being so close and sharing an intimate moment. Also, extra points for the soft purple lighting and Peter wiping a tear from Gamora's cheek.

I guess Will and Elizabeth are just that much in love to make the same list twice. In the latest installment of the Pirates series, we got a lot less them and a lot more of their son, Henry. Which isn't a bad thing, but the entire time I did wonder of we would see them together again. My wishes were granted, as, in the end, Will's curse is broken and he returns to land, where Elizabeth is waiting. Neither of them say a word, not one word, before they are running towards each other and kissing, so happy to be reunited that words can't express it.

OK. These two. Don't even get me started. The only reason they didn't make my Top Ten Couples list is because, unfortunately, there's not quite enough evidence to support that claim. But I will take what I can get. After traveling back in time, both Artemis's and Holly's emotions are thrown for a loop. After a brush with death and some fairy healing, Holly is so relieved that she kisses Artemis. For the record, literal sparks actually fly between them, and Artemis can barely remember his own name afterwards. It's the only one we get throughout eight books, but it's so spectacular that it speaks volumes. 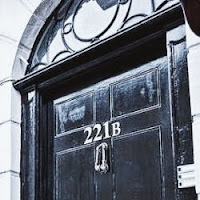 Did this kiss ever really happen? I don't know and, frankly, I don't care because it was the most amazing thing to happen on television and catapulted me into really shipping them. Seriously, I had to stop and collect my thoughts before really moving on. You can watch it here. It's so well preformed and I love it so much. If that doesn't ever happen to me than what's the point?

Share your thoughts! Do you see your favorites on here? Have a completely different list? Use this format, but please give credit where credit is due! Also, coming up is the February House Special! Comment if you want to see a specific character!