First ever special edition of the House Special! Like it says above, this month's House sorting will be all about Star Trek characters near and dear to me across the franchise. Primarily, this will feature the Captains and their ever loyal first officers. If you want to remain spoiler free for a certain series, I'd advise skipping that particular character, as there may be SPOILERS in that pick. Now, as Picard would say, "Engage!" 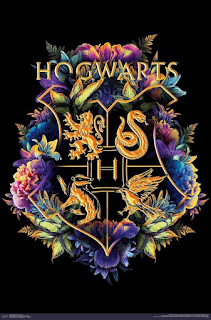 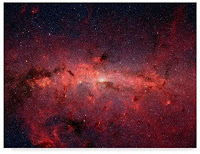 It's as easy as it seems to decide which House the original captain goes into. He possesses all sorts of traits which could put him pretty much anywhere. But, ultimately, I think his bravado, and the fact that he's literally on a mission of exploration and contact, lands him squarely in Gryffindor. Yes, he's willing to give everyone the benefit of the doubt, but if someone even thinks of hurting his crew or others, he won't hesitate to launch his entire body at them, no matter the size or power. 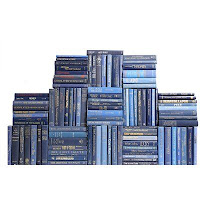 The ever calm, collected, and eloquent Picard is a stark contrast to Kirk, in the best way possible. Ravenclaw is the House of wit and wisdom, and I think Picard would truly feel at home among them. He enjoys the finer things in life, despite being on a starship, and is very well read, often seen with a book when he gets some down time. He definitely prefers brain over brawn, and is an incredible strategist and negotiator. He's also very open- minded, always taking suggestions from his bridge crew. 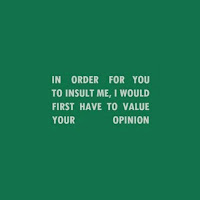 As a bit of a fun fact, Sisko's middle name is Lafayette, which I didn't know until recently and I find pretty awesome. Sisko, quite frankly, has a lot to deal with. He has to run a re- purposed space station, cooperate with aliens, and is a single father on top of that. Yet he juggles it all with tact and poise, carrying his head high and knowing where he stands. I've noticed he likes to know exactly who is enemies are, and to give them a chance, but to not forget their names. I feel that loyalty matters a lot to him, and Slytherins tend to act together as a unit. 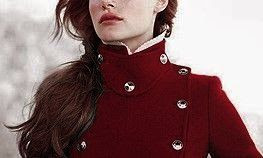 Janeway is the type of woman who is not afraid to take the bull by the horns and make the tough calls. She is the definition of fearless, which, by extension, is pretty much the definition of Gryffindor. Of course, it's so much more than that. She's practical, honest, and not afraid to discipline her crew should the need arise. She's generally well- liked, and makes attempts to befriend the crew and get to know them on a personal level. I noticed she also is very eager to try new things.

While it takes pretty much all the courage you can muster to be the first humans to explore deep space, I don't believe that's the core of who Archer is. Since he was young, he's been driven to break the boundaries of what humanity can do, to be an innovator and rule- breaker, sometimes not in the best of circumstances. He's goal- driven, and extremely protective of his crew. As became especially evident later on in the series, he's also willing to do what is necessary to achieve said goals, so those who come after won't have to. 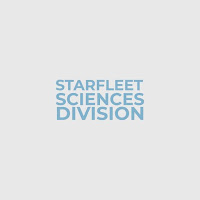 I guess this one was pretty obvious. Spock is constantly spouting "logic this" and "logic that" and "fascinating" (much to the annoyance of good doctor McCoy). Knowledge and intellect are his weapons, and ones which he wields to the best of his ability. He's always coming up with ideas on how to get the Enterprise out of its latest jam, or curiously examining alien artifacts, sometimes even poring over them for days without proper rest. If that's not true Ravenclaw behavior, I'm not sure what is. 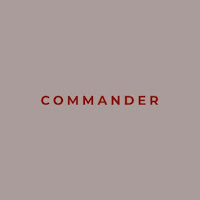 Ever the charmer, much like the man whose middle initial he shares, Riker's priority is making sure the Enterprise and her crew remain safe at all times, willing to risk himself and insist his Captain stay put on the bridge. More than once, he's had to face down Picard as a so- called enemy. As Dumbledore put it: "It takes courage to stand up to your enemies, but a great deal more to stand up to your friends". Riker has a stubborn soul, and is more than happy to put both friends and enemies into their place when the need arises.

This choice almost seems like the exact opposite of her personality, doesn't it? I had pretty much ruled out this House until I really got thinking about her personality and beliefs. Kira never thinks of herself, only what's best for those around her and her people. She wants to see justice properly carried out on those who hurt her race for years, and wants to see her planet gain the proper foothold in needs in the universe. Ultimately, I think she also wants peace, to finally see the conflict over and done.

While he may have distanced himself from Starfleet, Chakotay holds a simple set of values: Hard work and harmony. After both his crew and Janeway's are pretty much forced to work together, all he wants to see is everyone getting along and cooperating. He's self- sacrificial, placing his life beneath those around him. He's also open- minded, willing to accept new ideas and thoughts without judgment, or turning from his own. Out of personal opinion, I tihnk he and Kira would balance each other out swimmingly.

This one is also another obvious one, with T' Pol being a full- blooded Vulcan. Like Spock, she relies on intellect and logic to see her through when everything else fails her. She's also a steadfast team player, enduring her human crew for all their flaws and even willingly deciding to stay with them. She's creative, and as time goes on, even dares to explore her own emotions, and see of she can control them. She has many stories to tell, based on experience, and is more than willing to offer advice to anyone, even if they don't see it her way.

Do you agree with my choices? Who are some of your favorite Star Trek characters? Comment below, I'd love to hear it! If you didn't see a character you were hoping to make the list, comment about that as well, and I may feature them later!