As a follow up to my last post, I am now showing you my ten picks for female villains. Can you make them fabulous and evil? I say absolutely. There are SPOILERS AHEAD, so if you see something you want to read or watch, skip it. Now, on with the list! 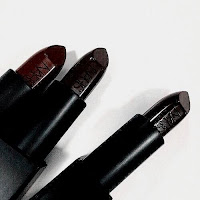 The only reason this pick isn't higher up on the list is because she's just so awful. Everyone whose ever read the books or watched the movies can all agree on one thing: That Umbridge is pure, concentrated evil and deserves death more than Voldemort. But I will not give her any more satisfaction than being higher on this list.

Antlers. Knives. Green. A thirst to rule the world (or universe). She screams classic villain, and that's OK. She conquered worlds alongside her father, survived being locked up for thousands of years, then returned with her bloodlust still intact. She's not shocked to find out she has two younger brothers, and immediately hates them. Bonus points for her having a gigantic pet wolf (black, of course), and a zombie army ready to do her bidding.


~ Number Eight ~
Miss Devlin
The Twilight Zone: Of Late I Think of Cliffordville 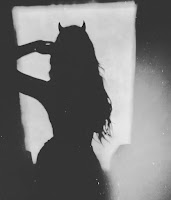 Miss Devlin comes from one of Twilight Zone's episodes, and only one, but she leaves a lasting impression. The Twilight Zone often portrays the devil, a figure that lures men into making deals to either ruin their lives or steal their souls. The devil almost always appears as a man. Almost. But what better way to trick a man into doing what you want then to appear as a beautiful young woman? Miss Devlin is beautiful, charming, and seemingly perfect, save for the twin horns protruding from her head. And yes, she does get her way in the end.

If you're evil, persistence and contingency plans are key. No one showcases this better than Opal. She's a tiny pixie in the fairy world whose main motivation is spite. She appears in several books, and has several tricks up her sleeve, like owning a massive company, being insanely rich, and inventing weapons. On top of all that, she's Artemis' intellectual equal, and is willing to turn herself human to get what she wants.

She's one of the most iconic villains of all time, from her wardrobe to her cackling laugh. She's the classic witch; riding a broom, long pointed nose, and wearing a pointed hat. In the book, she's actually even worse. She enslaved the monkeys against their will and held Dorothy captive for days. She has only one eye, one that is "as powerful as a telescope", as the book described. 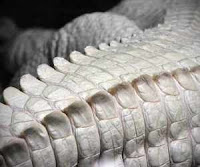 I never said the villains had to be human in nature. Lien is an albino dragon from the Temeraire book series, and Temeraire's counterpart. She's one of the rarest dragons in the world, and pretty much worshiped by the people of her nation. But that is not enough for her. She blames Temeraire for the death of her human companion, and sets out on a quest to destroy everything her loves and values. She doesn't plan on killing him, which would be kinder than what she has planned.

Maleficent is another classic villain, and probably one of Disney's best. She's a terrifying force to be reckoned with, and that's without turning herself into a huge dragon. One of the worst (and best) things about her is that she has no motive. She didn't get invited to a party, so she decided to make everyone miserable. She wants to be evil, and revels in it. 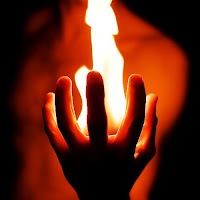 Azula is a force of nature, both literally and figuratively. She's the gifted fire bender princess who would kill even her own brother to achieve her goals. She's arrogant, clever, and manipulative, a dangerous combination. And it's probably why she has nearly a 100% success rate when it comes to carrying out her plans. She did bring her brother back home, nearly killed the Avatar, conquered Ba Sing Se, and even became the fire lord. But the series realistically portrayed the mental strain it took, and she ended up spiraling into true villain madness.

Sometimes there are those villains who you just want to strangle with your bear hands and can't wait to see them get what they deserve. Lady Satomi is the worst kind, practicing blood magic and doing all kinds of terrible things and being incredibly smug about it. She makes everyone around her miserable, but nobody can do anything because of her closeness with the emperor. Never have I been more happy to see just deserts served than I did with her.

~ Number One ~
The White Witch
The Chronicles of Narnia

Here's a lady who believes she is superior in every way, and, frankly, she kind of is. If you look beyond the movies, you see she's lived a long time, long before Narnia was created. She was there at its foundation, and managed to conquer and enslave Narnia for years. She holds the power of winter in one hand, stone in another, two different ways to describe a hard heart. She's also not traditionally beautiful either, but looks rather sickly. Evil doesn't pay.


What do you think of my list? What are your favorite female villains? Comment below! Don't forget, next post is the House Special, so of you want to see a certain character featured, comment! Thank you all and hope you're staying healthy!