Top Ten Characters Made of Sunshine

I know the definition above is a bit vague, I think you all have a general idea of what this means. I'm talking about characters that are too pure and precious for the cruel world that makes them suffer. These are the characters that can cheer you up in pretty much any situation, which I believe we could all use right now. There are SPOILERS AHEAD for mentioned characters. You have been warned! 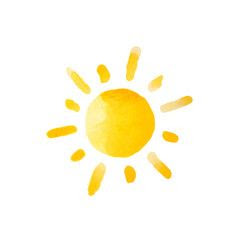 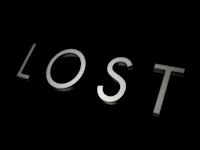 Lost was the extremely popular TV show in the early 2000's, one of which I started and never finished because it was so bizarre and I just lost interest. However, the colorful cast of characters adds a lot of layers to it, and that includes Charlie, former guitarist for a band and ex- drug addict. He doesn't come from a good place, but that's exactly why he's here. He genuinely regrets and admits he makes mistakes, and tries to fix them. He manages to stay positive while be stuck on an island rife with danger, and is always ready to volunteer, even if he's not the most physically capable person of the group. The poor guy just gets the short end of the stick too many times, and I just wanted happiness for him.

Scott Lang, alias the Ant- Man, is way too underrated, by his fellow Avengers and by the fandom. Fortunately, Marvel has given him plenty to do and the world is better off for it. Despite being in prison for years, he manages to make friends there, where the inmates were going to miss him. He literally has a smile that can light up a room. He's a devoted father, wanting nothing more than to raise his daughter (which he never got to do, forgive me as I go cry), but also doesn't hesitate to fully embrace his role as a super hero for the good of others. He remains optimistic and wise- cracking even in the worst situations. He was even able to get the Avengers back on their feet in Endgame, no small feat! 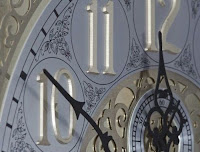 This one kind of goes without saying. Her motto literally is, "Have courage, and be kind". If you want those to go hand in hand, it's not easy. Staying kind and gentle even when your adopted family is nothing but cruel is a Herculean feat. She smiles and sings her way through the work day, and makes friends where she can. Her situation is even kind of similar to ours right now; unable to go out or do anything. She never asked for anything in return for her efforts, she never even expected to go out, meet a prince, and fall in love. She even tries to see the best on everyone, including the awful Lucifer.

I chose this particular version of Spider- Man because Tom Holland is able to capture the essence of what it is to struggle as a teenage boy that has had the weight of the world thrust on his shoulders. He's awkward and adorable in every way, coming up with whole plans on how to impress that girl he likes. He's been forced to grow up too fast too soon, jumping from one world saving scenario to the next, trying to do good. He loves to see the good in people, quick to trust (Iron Dad and Spider Son, anyone?? I'm crying again), which Quinten Beck so cruelly took advantage of in the wake of Endgame. After getting beaten so many times, he manages to pick himself up and be his cheerful self again.

You've been trapped in an iceberg for one hundred years. You're entire nation has been viciously wiped out by a war. And now, everywhere you turn, someone is trying to kill you, or convince you that you need to forsake your beliefs and actually kill someone. This is the life of Aang, who was told way early on that he was the Avatar, and that he had a responsibility to the rest of the world. As a young pre- teen, what's on his mind is seeing the world, and having fun. While he doesn't turn his back on his duties, he does his best to spread happiness where he can, and is quick to accept and forgive others. He digs in his heels and finds an alternative to killing his enemy, the Firelord, without forsaking generations of Airbender beliefs.

The best way to disarm your enemies is with kind words and a smile. Kenshin has a large scar on his face and a past soaked in blood and killing. Somehow, though, he manages to bring himself out of that and reinvent himself, becoming a wanderer helping those in need. He's sworn to never kill again, though enemies left and right constantly try to goad him into a fatal fight. He's still a fantastic swordsman, strong of will and spirit, but would much rather clean and cook if people would only let him rest. He teaches good morals to those younger than him, and his quiet patience knows no bounds.

This pick is very similar to the one above, coming from an anime from the 1990's. Vash, though, has never killed anyone. He grew up under the guidance of a young woman who taught him peace and kindness, and, after her death, he's lived every day to carry that out. Even though his reputation is of one that kills people, his constant mantra is "Love and peace!". He spreads it as much as possible, an innocent cinnamon roll that seems very ignorant and naive on the surface. He eventually had to kill someone, and had a breakdown for months because he thought he was a bad person. However, as the series concludes, he learns to be his own person, and even gets to see some fruits of his labor, as his friends begin to adopt his ideals of peace over violence.

As the third super hero on the list, it goes to show that they all don't have to be dark and brooding with bad pasts or dead parents. Barry is almost the definition of sunshine, a genuinely happy person who loves life and the people in it. He wants to deny evil in people, even if he must face reality sooner or later. Another reason why he's so high on my list is because he's allowed to show a wide range of emotions. He's allowed to smile and laugh, cry because he's hurt emotionally, and even yell passionately when he's rightfully angry. He's liked by pretty much everyone, even enemies that have sworn to kill him have to begrudgingly admit he's grown on them. Besides, have you seen Grant Gustin smile. How can anyone say no to that face?

I've honestly only just started watching this popular anime, and I'm completely blown away by Midoriya's overwhelming capacity for compassion and kindness. Heck, he even extends a hand to Bakugo, who never passes up an opportunity to belittle him. He started out without any powers, but he didn't need them to show the true qualities of a hero. With no thought of his own life, he blindly rushes into the fray, just knowing a life can be saved. Even after he receives power, he does not abuse it, or use it to get back at those who've hurt him. He will use it for good. Also, it's just really nice to see him get excited over little things.

~ Number One ~
Samwise Gamgee
The Lord of the Rings trilogy 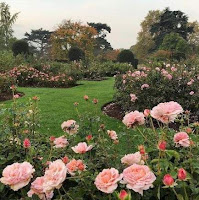 My number one pick is an iconic classic. While hobbits are generally sunshine by default, Sam is extraordinary. There are many reasons why, like the the fact that he's so incredibly humble, even though he's arguably the most important character of the trilogy. He has an undivided and unquestioned loyalty to Frodo, and is the force that keeps the quest going. He's very kind, loving, and forgiving, but will absolutely not hesitate to strike down evil. In the books, when he came into possession of the Ring, his visions were pure, imagining Middle Earth and Mordor as a lovely garden instead of himself with a ton of power. And he was even able to tear himself away from that lovely dream. The best part is that he received exactly the reward he asked for: A marriage, children, and his own little garden in the Shire.

Do you agree with my picks? Who are your favorite "sunshine" characters? Let me know in the comments, I would love to know! Stay tuned for April's House Special next!