These great beasts are a staple of fiction, and have been for a long, long time. The term dragon is even used in the Bible, albeit not to describe the winged fire breathers we've come to know. Some are intelligent and benevolent, while others are simple tools of grand destruction. There are going to be SPOILERS mentioned with each pick, so tread carefully. If you want to see some of these dragons in action, click the link! This list will be my ten favorite dragons from movies, TV, and books. Read on! 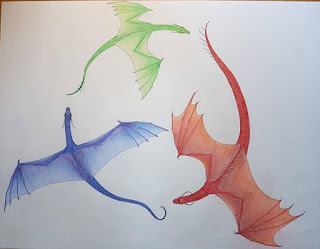 Made up of several different Transformer Knights and possessing three heads, you do not want to face this dragon down in a battle. He is made entirely of metal, and absolutely huge in size, with intimidating horns thrusting out from its heads. Its presence showing up pretty much means a sure victory for the good side, able to wipe out entire armies in nearly a single blow. Also, his gorgeous design alone earns him a spot on this list. 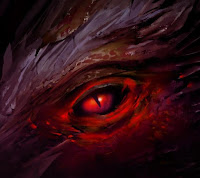 Iskierka is one of the large war dragons used in aerial combat in this book series set during the Naploenic wars. What sets her apart from the others is not only her breed, but her attitude as well. She's a fire- breathing breed among dragons that can't breathe fire, and has the eye- catching color scheme of red and green, while being spiked all over. She is incredibly fierce, with an appetite for battle and a fire cracker attitude to match. 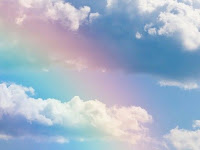 Coming from a series that centers around nothing but dragons, there was bound to be a pick from there. The one that stood out to me the most, and my personal favorite, is Glory, the severely underestimated Rainwing. As such, she's at first stereotyped for being slow and complacent, until it's revealed how truly deadly her breed can be, armed with a pair of fangs that spit acid. She's also able to camoflauge with her surroundings. On top of her skills, she whipped the entire Rainwing dragon clan into shape and became their Queen. What an icon.

JRR Tolkien once commented, that, if a fantasy story was worth reading, it needed dragons. So, of course, he added one. In Middle Earth, dragons are evil, greedy, arrogant, nearly immortal beasts, and Smaug embodies it all. I especially loved his design given in the live action film. He enjoys toying with his prey like a cat, and boasting of himself at every turn. The thing is, he can actually back up what he says about himself. After all, he was able to single- handedly conquer a well- armed and fortified dwarf mountain and then destroy a town and the lives of those living in it. As a note, he's one of the richest characters existing in fiction, having at one point had the treasure trove of Erebor all to himself. 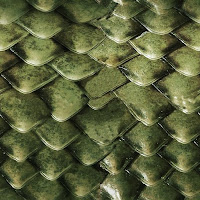 Now we take a bit of a break from all those fearsome fighters. Elliot is the one of the gentlest creatures to exist in movies, despite his massive size and loud roar. Like Glory, he, too, can blend in with his environment, which comes in handy when you're shy and don't like people. He acts very much like a puppy most of the time, protecting and playing with Pete, his young charge. However, when push comes to shove, and he believes his loved ones are in danger, he won't hesitate to fight back and use his fire breathing abilities.

Upon watching the whole of this TV series, it's never made clear if Slifer is real, or just another hologram being used in a card game. However, there's enough evidence to support that Slifer is indeed real, and posses very real power. He's long and red, covered in spikes from head to tail. He also has two mouths full of teeth, both able to deliver devastating attacks. If the raw power he radiates wasn't enough, he hold the title of being an Egyptian god, one of the most powerful to ever live, and he does not answer to cruel masters. 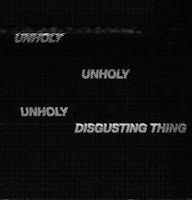 Here's another anime pick, straight from one of my favorite series. Like Maleficent, this one is also a bit of a stretch, but there is enough, real, physical dragon here to make it valid. According to the show, this dragon is a demonic creature residing in the deepest pits and flames of the demon world. It's black all over, wreathed in flame, with unforgiving eyes. When released by the one person who dared call himself its master, the dragon completely obliterates everything and everyone in its path. It doesn't even leave behind ash, just an imprint of what was there.


~ Number Three ~
Toothless
How to Train Your Dragon trilogy

I must specify that I'm talking about movie Toothless, and not book Toothless. Toothless' design and personality were drastically changed for the movie; all for the better, if you ask me. In the Viking world, Toothless' breed is seen as the most deadly, "the offspring of lightning and death itself". While this black dragon is certainly a force to be reckoned with, he's actually a very lovable and adorable creature. He has an unbreakable loyalty to Hiccup, his rider, and simply wants what's best for everyone. Of course, that doesn't mean his reputation as a Night Fury falls flat; it's just the opposite. Toothless is one of the best flyers, can generate explosive blasts, has the power of the Alpha dragon, and can even generate lightning. 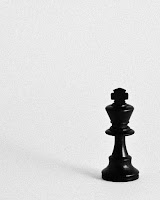 Temeraire is the headliner dragon of the series that bears his name. Like Toothless, he's also a black dragon, though much larger and with blue on his wings. He's a rare breed in the books, a Chinese Celestial that's capable of producing of supersonic roar. On top of that, he's incredibly intelligent, able to speak several languages and even write (even if he does have massive claws). He questions his surroundings constantly, and loves thinking up different ways to make life better for opressed dragonkind. He's loyal and very protective of his flight crew, and is one of the most capable fighters in the whole of the Aerial Crops. 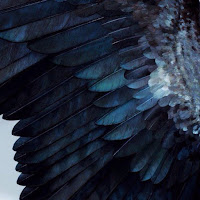 In my number one spot, and my number one dragon, is the ever lovely Sapphira. Throughout the series, we get to see her grow from egg to fearless leader. She's paired with Eragon as her rider, but never once is she treated as inferior. Or, if she is, she bares her teeth and makes a point that she is no less intelligent or equal to the species that walk on two legs. She communicates telepathically, and is capable of wielding great magic without hurting herself. She keeps those around her in check, and can hold her own in battle, whether on the ground or in the air. I mean, armor was made for her. How awesome is that? Imagine a giant blue dragon descending from the clouds clad head to tail in full armor. #Iconic.

Do you agree with my list? Who are your favorite dragons? Comment below and let me know! As always, drop a comment if you would like to see a specific character in this month's House Special! Stay safe and healthy everybody!
Signed,
TQ