I'm hoping April will be the better month of 2020 so far, so let's start with a bang! For this list, I'm picking my top ten entrances in movies, since I wanted to narrow it down a bit. By entrances, I just mean a character, or characters, making a scene as they show up on screen. And it doesn't necessarily mean we are seeing them for the first time. As always, I'm issuing a SPOILER WARNING. If, however, you would like to view the scenes mentioned below, click the highlighted link! Now, let's get on with the show! 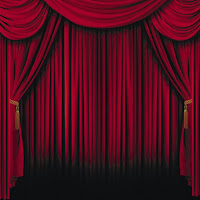 While he may not be the flashiest pick, or the most fashion conscious, Klaatu still knows how to make his arrival to Earth a memorable one. First off, the people of Earth know he's coming, and a massive crowd greets him in D. C. when he lands. There's also the military to contend with. He comes out of his ship, not saying much, being all mysterious and causing a great deal of mayhem and curiosity. Bonus points for being flanked by a giant robot bodyguard that melts any weapon in sight.

Throughout the fourth installment of the Terminator series, we don't even get a glimpse of the robots we'd gotten used to; namely, the t800 played by Arnold Schwarzenegger. Until, of course, the end. The brand new model of Terminator kicks down a door and is revealed in a cloud of steam, with the theme music playing full tilt. The Terminator proceeds to make mincemeat of John Conner, and is undeniably a force to be reckoned with.

In a sea of unbroken cloud, Hiccup and Toothless think they're alone. Until a massive dragon erupts from underneath them, showing off its size, masked rider, and the fact that it has two pairs of wings instead of one. Valka, Hiccup's long- lost mother, is shrouded in mystery at this point, silent, efficient, and very intimidating. There's also the fact that she wears a spiked helmet to obscure her face, which happens to reflect her dragon Cloudjumoer's horns.

I think it was a bit, unexpected, as it were, to see Legolas pop up in the Hobbit trilogy. Love it or hate it (personally, I love it), you have to admit that he has style, both in his fighting and his hair. When we first see him in the second movie, the dwarves are trying to fight their way out of a spider's nest. Cue the elves, with Legolas leading the charge, running along a tree branch, sliding down a web, and killing two spiders. Nothing's more dramatic than outshining your enemies in every way possible.

The final installment of the iconic saga was not the best, but this moment alone made it worthwhile and had me cheering in the theater. All hope seems lost for the small Resistance fighters who are trying to hold their own against the onslaught of the First Order. Just when the heroes seem like giving up, Poe Dameron spots the huge mass of the rebel fleet come to aid them. They are lead by the ever- present Millenium Falcon, which doesn't hesitate to swoop in and start landing blows.

Maybe he doesn't arrive with an army at his back, or with the sea majestically rolling beneath him. Maybe this pirate captain arrives at port with his little boat sinking. But he does so like an absolute boss. He stands tall at the mast while his half sunken boat drifts up to the dock, and then smoothly steps onto land. Of course, everyone stops and stares at both in utter confusion and awe at how one man can be so cool. Jack makes everyone, including the audience, question their life choices.

Anyone who says they weren't waiting for a scene like this while they were watching this movie is a liar. The ending minutes of this movie are arguably some of the best in the entire franchise. Anakin Skywalker, and, by extension, Vader, is extremely dramatic and extra. Here, he pulls off that same energy. First, he hides in darkness while the rebels try to escape. Then, he breathes and ignites his lightsaber, cloaking him in red. If you look at the terrified expressions on the rebel's faces, it makes the scene that much better. Of course, Vader proceeds to eliminate the rebels in the most kickbutt way possible.

Here's yet another situation where the heroes seemed to be overwhelmed in battle. While each Avenger is a fantastic fighter in his or her own right, I don't think many of them actually hold a candle to Thor's sheer strength and power. He arrives in Wakanda in a blast of bifrost, crackling with lightning. In the words of Bruce Banner:

That's exactly what everyone was thinking here and internally cheering as Thor leaps into the air, demanding Thanos' head on a plate.

My overall second favorite entrance might be a little less obvious, but that in no way diminishes the punch this scene packs. In the previous movie, Optimus, the fearless leader of the Autobots, charges into battle on the back of a giant, metal T- Rex. How do you top that? Simple. Have him fly in on the back of a three- headed dragon like a boss and then effortlessly decapitate several enemies at once. Bonus points for challenging his enemy by asking if they've forgotten who he is. His very presence changes the tide of the battle, as he radiates confidence, leadership, and righteousness.

I don't think this pick will ever be dethroned in my lifetime. Watching the Marvel movies, from the first to the last, has been an incredible journey for the heroes. And Endgame did not fail to deliver on making sure to wow us. I myself was brought to tears as all those portals started opening and letting hundreds of heroes join the final fight. It climaxes as Captain America says those two little words we've been waiting for:

It's made all the better as the theme music plays full tilt in the background, practically urging anyone watching to launch to their feet and start cheering as loud as possible. In some theaters, that's exactly what happened.

Do you agree with my list? What are your favorite dramatic entrances? Comment below and let me know! I would love to hear from you! Hope everyone is staying safe during this quarantine period!
Signed,
TQ