To kick off this month's theme, I will be covering my ten favorite, funniest Sherlock moments. These are the more lighthearted moments in the series because, come on, it's not all angst. On this list, I've done my best to find the moments and you can watch them in the link. The moments will be ranked from least to most funniest as I see them. As they say, the game's afoot, as are the SPOILERS, so tread carefully. If you want more of this month's fun, head over to Notes From a Heartfield Girl.

This episode is mostly known for Sherlock and John's first physical encounter with Moriarty, who thinks up new ways to terrorize them throughout. However, the episode starts off on what seems like a very serious note, where Sherlock is visiting an inmate, who killed his wife and even admits to it. As the inmate tells his story, Sherlock corrects him on using proper grammar the whole time, before eventually saying that the man will be "hanged" for his crimes, not "hung". The exchange and delivery is brilliant and shows us a little more of Sherlock's character.

~ Number Nine ~
The Grinch Smile
Season 3: The Sign of Three

On a personal note, I want to say that this episode might be my favorite in the whole series, and it is just wonderfully full of golden moments like this one. In an effort to make John and Mary's wedding the best event possible, Sherlock interviews the guests, and proceeds to scare the heck out of one. After a whirlwind deduction, Sherlock drops that he is a "high- functioning sociopath. With your phone number". If that wasn't off- putting enough to the poor guest, Sherlock flashes a twisted smile. To anyone who has seen How the Grinch Stole Christmas, you'll note that the smile bears an uncanny resemblance to the scary grin the Grinch pulls off.

~ Number Eight ~
The Queen's Guard
Season 3: The Sign of Three 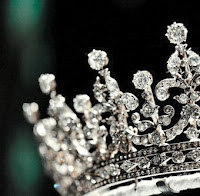 For the life of me, I couldn't find a clip for this; which is a shame because it's just hilarious. In one of the flashbacks we get during the episode, John tries to have a conversation with Sherlock, to comfort him that they will still be best friends, even though John is getting married. But, of course, mid conversation, Sherlock leaves to infiltrate the Guards' quarters. In doing so, he marches straight and tall behind a row of guards and wears a gigantic black hat that nearly covers his eyes.

Despite his unparalleled brilliance, Sherlock often has trouble grasping even the simplest of concepts, or, in this case, names. Throughout the series, he manages to call Greg Lestrade every 'G' name there is (like Graham), except for Greg. Sherlock and John run into Greg while on a case, and John casually greets the inspector by his proper name. Meanwhile, Sherlock goes on a rant how Greg is spying on them, suggesting that's Lestrade's fake name that he's using while spying. utterly confused, John points out that that is Lestrade's actual name, much to Sherlock's astonishment.

~ Number Six ~
Row With a Machine
Season 1: The Blind Banker 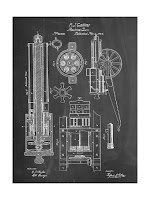 While this episode might not get enough love and attention that I think it deserves, it probably has the best beginning of any episode. John is trying to go about his day by buying groceries, never mind that Sherlock is having it out with a sword wielding maniac. What makes this so funny is the fact that John is having a very common problem. Anyone who's used a self- checkout will know exactly the type of frustration that happens when using one. There's also the problems he has with the chip in his card. On top of everything, he conveys the exact embarrassment of making people behind you wait. His last line, though, is the kicker: ".. it sat there and I shouted abuse." 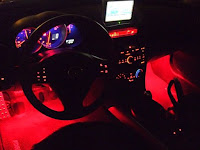 Mrs. Hudson does not stand for any tomfoolery in her flats. It's a known fact. After Sherlock and John have a falling out, she is bound and determined to put them both back on the right tracks. And that means holding Sherlock at gunpoint, handcuffing him, throwing him into her trunk, then careening through London in a sleek sports car blasting "Ode to Joy". It's a glorious moment in an otherwise dark episode, showing just how little we actually know about the landlady, who is obviously very rich to own such a car. Once a police officer confronts her about her driving, and asks her how fast she was going, she drops this iconic line: "Of course not, I was on the phone!" Never change, Mrs. Hudson, never change.

Again, I couldn't find a proper clip for this scene. John and Mary are trying to properly settle into married life, but John doesn't stop being a good person when he goes looking for a neighbor. He finds him in a drug den, and, following several golden one- liners, John happens upon Sherlock there. They get into a fight, where Sherlock insists he's on a case and undercover. John argues back, and Sherlock whines that "Well, I'm not now!" like a five year old throwing a tantrum. Afterwards, the backseat of John's car is full of drugees all in need of medical attention. 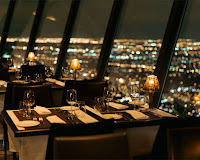 At this point in the series, Sherlock has been presumed dead for two years, save by a select few who knew. John was not one of these few. When Sherlock returns to London, he goes to see John, who is waiting for a date at a fancy restaurant. He could have been straightforward with John, but no. He had to take probably the worst (and funniest) path possible to reveal he was alive, by posing as a waiter and dropping subtle hints. Considering John's mind was occupied with proposing to Mary, this wasn't the best time to play cryptic. When John says "Surprise me", Sherlock responds, with a hint of annoyance, "I'm certainly endevoring to." It's comedy gold and you can fight me on this.

Sherlock's best man speech is riddled with some of the best and wittiest dialogue to date, but none can really compare with the moment that John asks Sherlock to be his best man, at the same time telling him that he's his best friend. While it's incredibly heartwarming, what makes it so funny is Sherlock's reaction. He doesn't respond to John's question, wondering how on earth this has come to pass. He then marvels aloud about the fact that he's John's best friend, and proceeds to drink tea containing an eyeball. According to him, it was, "Surprisingly OK."

~ Number One ~
Bachelor Party
Season 3: The Sign of Three

This will forever be one of the best scenes to come out of television, and for some I reason I could not find one decent clip for the whole of drunken shenanigans that Sherlock and John get up to for John's stag night. It's more of a series of scenes, from Sherlock inciting a brawl, to "clueing for looks", to Greg shouting "Not really!" when the two end up hungover the next day in a jail cell. It's such a fun and hilarious moment between the two that we don't often see, with both their guards down and just having some good fun.

What are your favorite funny moments from Sherlock? Take this format to your blog and let me and Ms. Woodhouse know, or comment below. For this month's Special, I won't be taking requests as it will be entirely Sherlock themed. Thank you and stay safe everyone!