Soldier. Doctor. Friend. Husband. Father. Blogger. All around awesome. It's no secret that John is my favorite character from Sherlock, the TV show. His story is a beautifully tragic one and I am here to pick out the best ten moments where John really shines. I'm not sure ten is even enough to cover him on how amazing he is, but, alas, there's not enough time or love in the world for him. There are major SPOILERS ahead, so I suggest not reading on if you haven't seen the show yet. 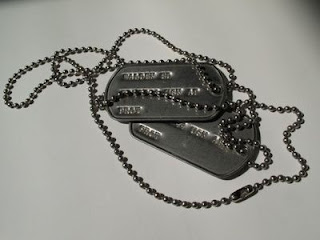 A Strange Encounter
Season 1: A Study in Pink 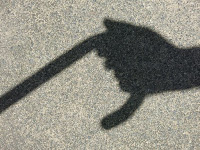 In the very first episode of Sherlock, we actually meet John first, and then meet the rest as he does, which is an interesting perspective. He's a veteran coming back from war looking to start his life again. After he meets Sherlock, and is trying to walk back home, he gets a strange phone call from a few different phone booths, then decides it's a good idea to get into a strange car with a strange woman, proceed to hit on her, than have a serious talk with the mysterious Mycroft. What I enjoy so much about this moment is how little John actually cares, and how much of John's character is revealed. He sasses the most powerful man in the nation to his face, and simaltaneously showing how loyal and trustworthy he is. It also reveals how well he does under high stress situations.

~ Number Nine ~
The Writing on the Wall
Season 1: The Blind Banker

By the second episode of the series, John and Sherlock have already settled into a comfortable routine, even during cases. However, the moment I have in mind is completely John- centric. The two end up splitting up during a case, searching for strange yellow symbols at a train yard. John ends up finding a sizable wall riddled with a bunch a said symbols. But by the time he gets to Sherlock, the symbols are gone. Sherlock desperately tries to get John to remember what they were, but John reveals his trump card because he's actually living in the 21st century. He took a picture of the wall on his phone, and completely shuts Sherlock down. 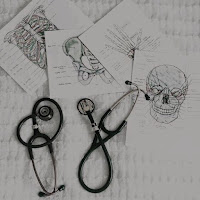 It may be a brief scene, but it's definitely worth mentioning anyway, and I love it, so there's that. Sneaking onto a top- secret military base is not on the top of John's to- do list. Being a military man himself, he's actually pretty against the idea. However, in order to support his friend, he goes in and uses all the proper military lingo in order to be as inconspicious as possible, and that means pulling rank on the nearest private. At this point, we learned he was a captain in his army days, meaning he commanded anywhere between 80 to 150 men at a time. He gets saluted, and the proper respect he deserves. To sum up, he's an army medic and a captain? Way to go, my little hedgehog.

I will warn you up front that there will be a lot more angst going forward. There's not much to like about the third Holmes child, Eurus; in fact there's actually nothing I like about her at all. And one of the very many reasons being, aside form toying with our main characters, is the fact that she personally attacks John's moral code. John does not kill innocents. It's not who he is or what he does. Yet, Eurus forces it on him, since it's seems to be the only way of saving another innocent life. However, John cannot bring himself to do it, and it left with the consequences of his actions. Two people end up dead instead of one, and it's the cruelest twist of fate, but I stand by John and the decision to stand by his morals.

Mary is probably the most controversial character in the fandom, for reasons beyond my comprehension, I guess. I always liked Mary, and absolutely loved her relationship with John, even if she made mistakes. Regardless, we can all agree that John was very much in love with this woman, and the scene of her death is maybe one of the most painful to watch. Martin Freeman is beyond brilliant in this scene (he was married to the actress at the time), and John's emotions go from utterly destroyed, to lost as Mary slips away, to near hatred as he rejects Sherlock's attempts at comforting him, accusing his best friend of breaking his vow. It physically hurts me to watch John suffer this much.

This whole episode deals with the fallout of Mary's early death, and, frankly, neither John or Sherlock handle it very well, even if Sherlock did what he did to pull John back from the edge of the abyss. However, in this moment, we see John finally shift from depression to the acceptance stage of grief. Sherlock is on the brink of death, both by his own hands and the villain's. With Mary's video monolologue voicing the whole scene, John marches to the hospital once he realizes what's going on and saves Sherlock from certain death. Another telling moment in the same scene is John wholeheartedly believing Sherlock is telling the truth instead of dismissing him immediately.

Maybe this one is more of a Sherlock and John moment, but what really stands out is how in character John is in this entire scene. He is calm, collected, very brave, and willing to risk his life for his best friend. Those things are John at the very core at his being, and it's made even better that he just doesn't brush off the whole incident like many heroes do. When Sherlock gets the bomb rigged vest off him, John collapses against the wall and sits down, probably trying to get his breath back and slow his heartbeat. Then, even after everything, he gives Sherlock the go ahead to kill all three of them if it means bringing the sadistic Moriarty to justice. I absolutely love this man. 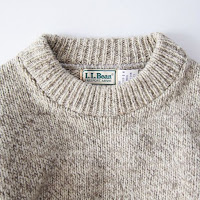 The opening minutes regarding John, Mary, and Sherlock of this episode are some of the best. Settling into marries life, John and Mary track down their missing neighbor in an abandoned building where a bunch of junkies are hunkering down. John goes in their without fear like the awesome person he is and confronts the guy at the door. He then proceeds to disarm him easily, then dislocate his arm, even though the man claimed he broke it. I guess the writers didn't really need this scene, but I'm glad it's there anyway. He didn't even need the tire iron he brought along, just in case. Bonus points for the exchanges between him and Mary right before this scene. 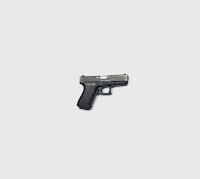 Interestingly in this episode, a woman warns John that Sherlock is dangerous, and there will be a dead body because of him someday. See, literally everyone underestimates him. He's just the short, veteran friend of the famed Sherlock Holmes. However, by the time the episode ends, we realize it's actually John who killed someone, all for the sake of a man he decided to trust. It's incredible, really. He barely knew Sherlock, but knew that man was evil and was able to put together the pieces of the puzzle without Sherlock telling him. Like Sherlock concluded, he had a steady hand, incredible aim, and was definitely ex- military. He may be a doctor, but John will be judge, jury, and executioner if he deems fit.

This scene takes place months after Mary shot Sherlock and revealed her past as a spy/ assassin to John. She's fully pregnant, but there is definite tension between her and John. She's terrified of John leaving her because of who she was after looking at what's on the flash drive. But, as Christmas rolls around, John drops one of the best speeches in cinematic history. He burns the drive, deciding who she was in the past doesn't matter.

Wow. Just wow. That line will never fail to blow me away every single time. It just goes to show what a perfect man he is, how much he loves Mary, and how he wants to move forward in having a family with her. The series could have ended right there and I would die a very happy woman.

That concludes my top ten favorite John moments! What are your favorites? Who is your favorite character? Tell me below in the comments and we can chat, or make your own post for this month!