Hello everyone! So, this month's posts are going to be a little different. Instead of posting every week, I'm going to post three times in three days. Why? Because Movies Meet Their Match is hosting a Pixar Blogathon, and they have asked that we post between June 12th- 14th. Anyone who knows me at all knows I absolutely love anything Disney related, especially the Pixar films. No joke, I literally grew up watching Toy Story 2 every day. For my first post, however, I want to show some love for the equally amazing shorts that always proceed a Pixar film. I will note that these will not include feature- related shorts. Here are my ten favorites, and there are some light SPOILERS ahead. 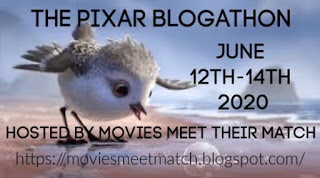 This short and movie could not be more perfectly matched. Both are all about emotion, and knowing how to tug at your heartstrings. Lava centers around a lonely volcano who sings about wanting someone to love. In just  a few minutes, you're able to relate to this volcano, and cry when you think he might not find his love after all. But you'll be smiling by the end because he does find love, even if he had to wait years for it. It's an amazing message, and speaks to me on a very personal level. To check out the song, click the link above.

I think this one may get overlooked because it gets overshadowed by Jack- Jack Attack, which is a real shame. Like my number ten pick, Boundin' is a short revolving around a song by the same name, and it is extremely catchy for some reason. It deals with a sheep living in the desert who gets his beautiful white wool shaved during the summer and is made fun of for it. However, a jackalope (a jack rabbit with antlers) comes along and tells him there are ups and downs in life, and it's no use moping about the downs. The nature scenes of this short are very pretty to look at, and will definitely cheer you up.

If you're into any kind of music at all, or just some of the best comedy within five minutes, look no further. One Man Band has no dialogue throughout, and it doesn't need it. Taking place in what looks like might be Italy, two men, both proclaiming themselves to be a one man band (the amount of instruments they carry is so ridiculous but it works) vie for the coin of a young girl. As it turns out, the girl can play music better than both of them put together. It also as a great twist at the end. There's really no central message, just a lot of light- hearted fun. 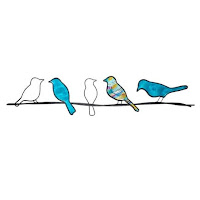 Don't exclude someone just because they're different. It will come back on you. And might humiliate you. The birds on a wire in this short sure learned that lesson quickly. This is definitely one of the oldest shorts out there, one I don't remember watching for the first time. It's just always been there. Like the title suggests, it's all about birds on a telephone wire, who make fun of another bird that's different from them. There is no dialogue in this, but, as always, actions speak louder than words, and it's a very fun watch. And you can watch it over and over and over again without getting tired of it. Goodness knows I have.

The blog button above showcases this short's central character. I've also realized that every short from here on out has not one lick of dialogue. and who says you need it? Piper focuses on a baby bird of the same name, who must leave the comfort zone of his own nest to find food. It's all about facing your fears, and how it can lead to something beautiful, which is something I can relate to. The animation is simply stunning, and the baby sandpiper is one of the cutest things you will see in film, from his little run to his adorable feathers.

While I went to see this movie when it first released in the theaters, for some reason I don't remember seeing this short beforehand. Whatever the case, this endearing short is stuffed full of all the crazy shenanigans a bunny can get into with a magician. Basically, it shows how a popular magician is able to pull a rabbit from a hat, with real magic. But the magic works both ways, as the magician quickly finds out when he doesn't feed his rabbit in time for his curtain call. It is incredibly hilarious with a happy ending for everyone involved. Being selfish doesn't pay, people. It's an interesting concept and one of the few that I would love to see turned into it's own film. 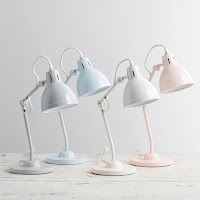 This short may have premiered with the third Pixar movie, but the actual year it was made was 1986, thirteen years before Toy Story 2 was released. This one is probably the shortest one the list, and lacks any kind of story or plot, really. However, it does give some fun insight to the Pixar lamp, which is shown at the start of every Pixar film bouncing up and down on the 'I'. I'm not sure what about it makes it so special. Maybe it's the fact that I grew up watching it, because other than the Pixar lamp, there's really nothing mind- blowing about it. Yet I'll watch it again and again just because.

These last three were ultimately the hardest to rank. Lifted deals with a young alien going out on a "test drive", as it were, and proceeds to botch his abduction attempt. It's downright hilarious and strangely relatable. After all, haven't we all been at tests at one point and been extremely nervous? I know I have. In just a few minutes, the main character goes through every stage of stress possible, with mixed results. With this one, you have to watch the entire thing, credits and all, in order to get the best experience from it. Trust me, you won't regret it one bit.

I think if you've seen this short, you know exactly why it's my number two pick. Firstly, the soundtrack is possibly one of the most iconic to ever exist, and laughable in and of itself. Secondly, the main character, a snowman stuck in a snow globe, is perhaps one of the most relatable characters Pixar has ever created. The entire time of the short, the snowman is trying to escape his globe for a place he thinks is better. Unfortunately, that never happens, but maybe it's for the best. Regardless of whether there's an actual message here, it's one of the enjoyable shorts ever and well worth five minutes of your day. 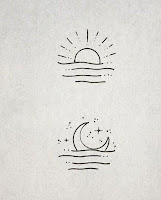 The sheer amount of creativity and imagination that went into the making of this short is staggering. I also saw this in theaters when it first released, and was completely blown away before the movie even started. Day & Night tells the story of two blob- like creatures who literally embody day and night. They don't talk, so they express themselves with day to day (or night to night) activities, and learn to except each other for their differences. It's not easy to describe on paper, so if you have Disney +, a DVD copy of Toy Story 3, or a Pixar shorts collection, watch it right away. You can thank me later when your outlook on life is improved just by watching. It's a true work of art and probably unlike any other short Pixar has managed to create.

Do you agree with my list? What are you favorite Pixar shorts? Comment below and let me know! Also, this month's House Special will focus on Pixar characters, so comment if you would love to see a specific one!