Music. What would our favorite movies, shows, games, etc. be without it. Probably not as good. The background music to any of these can literally make or break them. With that said, I have chosen my ten favorite soundtracks from movies, shows, games, etc. The rule here is that, while a theme may be great (like Avengers), the soundtrack as a whole has to be good, no exceptions. To hear my favorite pieces from each soundtrack, click the link after each pick. There will be some light SPOILERS ahead. Listen on!

This hidden gem of a Disney movie might be only as good as it is because it's backed by a fantastic track. Howard reflects the prehistoric era very well, and gives it some incredibly dark music, as well as some of the most uplifting I have ever heard. Some of the opening tracks mirror the finale track, which I really love. It makes the prefect music sandwich, if you will. It's also one of those soundtracks that you can definitely hear that it tells a story, instead of being all over the place like some.


~ Number Nine ~
Spirit: Stallion of the Cimerron
by Hans Zimmer

Anyone else watch this on constant repeat growing up? Just me? OK. Spirit is a Dreamworks film revolving around a stallion trying to get home to his herd. It deals with a lot more than that, but Hans Zimmer, of course, does nothing short of delivering. Set in the Wild West, he reflects the wildness with his soaring and freeing score. Paired with this is some actual, lyrical songs by Bryan Adams. Every one of those is hidden gem. 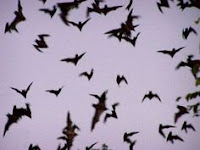 Playing LEGO Batman growing up, I would hear this soundtrack over and over again. By the time I got around to watching the movie, I sat back in peace as the familiar tune washed over me. From the opening credits to Joker's crazed theme, every piece of music reflects that characters personalities, and the goth architecture of the Gotham itself. Personally, I think Batman's theme from this film will forever go down in history as his theme. Danny Elfman has done a few other films along the same vein, such as 2002's Spider- Man, and The Nightmare Before Christmas, both excellent in their own rights.

Here, I am talking about the first movie that came out in 2007. Transformers has been popular since its inception in the 80's, but its first live action movie deserved a musical score fitting of the age old battle between Auotobots and Decepticons. And Steve Jablonsky more than delivers. Have you ever heard a piece of music that seems to make your soul vibrate with joy? This is Transformers, and I've even played the piece Arrival to Earth in a violin concert a few years back. Give it a listen, I promise you won't regret it.

Let's be real, here. Netflix adaptions, especially their anime films, are hit or miss, mostly miss. However, this music, and, by extension, the movie, was a grand slam. The haunting choir accents the loneliness of the abandoned world, and the hero's main theme is both filled with hope and heroism. I've even taught myself how to play it on a violin. It does repeat itself a lot, but I think that is a good thing here. Often times, a film won't repeat the same theme but twice, but here, we get to hear it a lot. Thank you, Kanno.

~ Number Five ~
How To Train Your Dragon
by John Powell

A young Viking boy defies all tradition in his village and spares a dragon instead of killing it. What follows is a beautiful friendship and gorgeous scenes of the pair racing and diving through the sky. I'm willing to bet everyone who has seen this movie has listened to the soaring soundtrack, and your jaw has dropped in utter awe of it. It's one of those music soundtracks that you actually listen to while watching, instead of half- listening to it in the background. John Powell also takes the time to reflect on the Viking time and setting.

~ Number Four ~
Pirates of the Carribean
by Klaus Badelt

While Hans Zimmer may have taken over in the following films, Klaus Badelt must be credited with the infamous theme song. Every note of music from this soundtrack expresses piracy, adventure, fearlessness, mystery, and romance. Honestly, listening to the common theme makes me feel like I can do anything in the world. It's seems specifically designed to conquer fears. When watching it for the first time, I was completely captivated by everything about it, including the music.

My Heart Will Go On is probably the greatest love song of all time, at least in my opinion. But the soundtrack itself is just as amazing, every song and note making me want to cry. I mean, have you watched the opening scene? Black and white footage of the titular ship leaving dock, full of celebration, but the music is so haunting and beautiful, warning us of what's to come. I pretty much start crying and we work from there.

Women composers know how to get things done, too. With this pick, coming from the popular anime series, I think I can honestly say it wouldn't be half as good without this soundtrack to back it up. It has sweeping action scores fit for a Hollywood blockbuster, and tender romance piano music suited for the best of romances. Even if you have no interest in watching this (though it is worth it), you can listen to the music with no context whatsoever. There are also about a dozen different covers and renditions of the music, so there's an endless supply if the original doesn't float your boat (how can it not?).

~ Number One ~
Lord of the Rings trilogy
by Howard Shore

The fantasy series to end all fantasy series. I couldn't pick just one movie, so I decided to lump all three films together. From the epic Fellowship theme to Billy Boyd's heart- wrenching song, no piece falls short of spectacular and worthy of being part of the equally epic films. I don't think much more needs to be said on this, as anyone who has seen the movies, read the books, or even heard a hint of the music would probably agree. I am curious to know what your favorite track is. Comment below! Mine is simply the main theme. Second would probably the Rohan's theme. It's all so good!

Do you agree with my picks? What are your favorite film soundtracks of all time? Comment below, I would love to know! Don't forget, the House Special is coming up soon, so drop a comment if you want to see a specific character!