In continuation with this week's blogathon, it's time for my own entry. Rod Serling is actually one of my personal heroes, choosing to stand his ground on his ideas in spite of heavy opposition. He was a screenwriter as well as the creator, and he wrote many episodes for his own show. Interestingly, he wrote or adapted 99 of the 156 episodes that aired. And, we can all agree that he has one of the most iconic voices in history. There will be some SPOILERS down the line, so be on the lookout if you haven't completed the series or want to. Let's unlock this door with our imagination.

This may not be the most interesting episode, or the most original. However, unlike other episodes which share these same traits, I find Uncle Simon actually kind of disturbing and very twisted. Simon and Barbara Polk are uncle and niece, respectively, and treat each other like dirt. Barbara sits around and waits for her wealthy uncle to die, and she gets her wish. However, she ends up under the same tyranny when she's forced to look after his robot, who might as well be him. It's a vicious circle of cruelty that never ends.

People Are Alike All Over 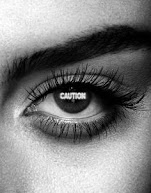 An alien race on Mars has greeted and welcomed astronaut Sam Conrad to their planet. They look, and even seem to live, like humans, which puts the man at ease. Until he begins to sense that something isn't quite right. His hunches prove true, as he winds up being put on display no better than a zoo animal for the entertainment of the Martians, never to leave. Honestly, that ending was one I couldn't have even guessed, and it was a stroke of genius by Serling. Clearly, not all people are the same. Plus, I always enjoy the alien romps through the Twilight Zone.

The pilot episode of the show lays down the groundwork perfectly for what audiences should expect. It features a man wandering an abandoned town, dealing with loneliness, descending into madness, and the twist that he was really in a space simulation. These and more are all the things that make every episode of the Twilight Zone and what it has become known for. Rarely do shows start out this strong. Also, this episode gave one of the greatest scares of my life, having the main character run right into a mirror you had no idea was even there. Spooky.

The Monsters are Due on Maple Street

This is one of the most popular and classic episodes to ever air. The episode deal with the quiet, ideal community on Maple Street. Their lives are interrupted, however, when strange circumstances begin to happen, turning the neighbors against each other. It gets to the point where, as the night wears on, they become no better than animals and start ripping each other to pieces. Turns out they are being manipulated by aliens who are observing human behavior. Needless to say, it was not a good first impression. Everything aside, this is, unfortunately, something people will really do, if they're scared enough.

Eye of the Beholder

This is yet another classic episode. The entire takes place almost entirely by one woman's hospital bed, as she recovers from a surgery that will make her beautiful and fit her in with society. Maximizing the use of shadows and proper camera angles, we never actually see anyone's face until the very end. Turns out, the woman is very beautiful, at least to the audience, and its those around her who are horrifyingly ugly. It's a twisty ending, and it really makes you think about the expression that the episode is named for.

Probe 7, Over and Out

While the title, and initial buildup of this episode make it sound dark, it turns out to the be the exact opposite. Two aliens, a male and female, the last of their kinds, are stranded on a beautiful planet. They are unable to talk directly, as their is a language barrier, but they are able to get along and start a relationship. They begin to start a new life, and, as it turns out, they are Adam and Eve. It's a sci- fi twist I didn't see coming. It turns an otherwise average episode (along the same lines of Two) into an exceptional one. I also really appreciate the language barrier between the two, as that's how it works in real life.

More often than not, when crazy things start happening, people end up going crazy right along with it. The interesting thing about Odyssey is that the flight crew actually remains calm and rational, considering they are time traveling. But sometimes, even when making the right calls and keeping a level head, your situation just continues to spiral out of control with no good end in sight. I genuinely enjoy the way it plays out, even showing what the passengers and crew hope to do when they land. Unfortunately, they probably never will, staying in the air, and unable to return.

Will the Real Martian Please Stand Up?

And who is this Martian, anyway? I love this episode. In a diner full of normal looking bus passengers, everyone, including us, is left to guess who the alien is. It very nearly leaves you hanging, as if maybe there was no alien after all. Of course, there was. However, who would have thought that the kindly old diner worker was a three- eyed alien from Saturn? I love the clever way in which it makes you question who is who, and you obviously never knew who was who to begin with. 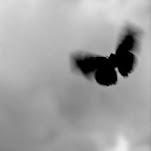 Here is an episode that runs almost parallel to The Monsters are Due on Maple Street. Yet, it doesn't get the same treatment. In my opinion, this one is far scarier and horrific, because there are no aliens involved, and the threat of nuclear war was real in those days. Neighbors are ready to start killing each other when a radio warning of a nuclear strike happens. When it turns out to be a false alarm, the good people, who were ravening wolves a second ago, now would like to pretend it never happened. That, is the scary part. That, is what people do when something frightening happens. We pretend it never happened, to our own folly.

What if the Earth were to end by spiraling closer and closer to the sun? People start dying of heat and dehydration, electricity is lost, and you can feel the sun's scorching heat in every second of this episode. Which is probably what makes it so great. A young, artistic woman named Norma takes center stage, and she's given lots of character growth and strength for just twenty minutes of TV. As the heat reaches its peak, we find out the whole thing was a fever dream Norma was having. For a second, we breathe a sigh of relief, until it's revealed that the Earth is actually moving away from the sun into a frozen hell. No doubt Norma had to relive the horror all over again.

Do you agree with my picks? What are your favorite episodes written by Rod Serling? Comment below! I hope you enjoyed this trip through the Twilight Zone with me.