Hello everyone! To quote Jeff Goldbloom "They spent too much time wondering of they could, they didn't stop to ask if they should.". This week I'm bringing you something a little different. Instead of gushing over the "best" of a category, we're getting into one of my biggest pet peeves: the butchering of move adaptions. To make the list, a movie has to either be based off a TV show or a book. We'll start with the adaptions that aren't so horrible before ending with the absolute worst ones. And brace for SPOILERS down the line. Let's get into it! 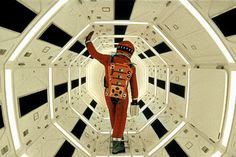 Based off: The Hitchhiker's Guide to the Galaxy book series 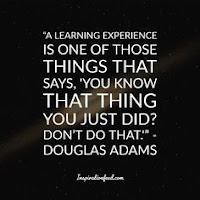 So I don't want to bash this one too hard. The book is a crazy, bizarre sci- fi comedy filled with tons of philosophical questions it doesn't exactly answer. And that's barely scratching the surface. It would be difficult to make any sort of movie out of this. However, they could have stuck to the original story a bit better, and left the ending open just like the first book. I just don't think it was taken as seriously as it could have been. Huge shoutout for casting Martin Freeman as Arthur Dent, though. That was perfect casting.

Based off: Miss Peregrine's Home for Peculiar Children book series

Do all of these have really long names? Jokes aside, this one wasn't all bad either, actually explaining and using time loops pretty well. The setting was done right, but many plot points were sacrificed for the sake of making a typical YA film. These books are far from the typical YA genre, instead delving into horror and time travel and making use of bizarre, black and white photos. The film didn't really capatalize on any of this, save for the horror portion. And even then, it failed in many respects. For example, the beginning of the first book takes us right into PTSD and the negative effects of medications. The movie didn't touch on any of this, leaving me heavily disappointed.

Based off: Guardians of Ga' Hoole book series 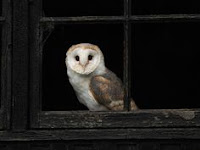 First off, why change the name? The extensive, and amazing, book series already had a fantastic name to begin with. The legendary fight of good and evil that the book portrays, with owl lingo, flight scenes, and battle owls that wear armor and claws was great. I think the main problem with the movie was trying to condense a good ten books into one movie. It tried to do too much in too little time. The reason it's not higher on the list was because they did keep the battle scenes and the animation was flat out gorgeous, probably some of the best animation you'd ever see.

Granted, it's not easy making hard sci- fi films that are engaging. For 2001, I found it literally was boring me to death. The effects aren't great, the acting is sub- par, and all in all it feels like an acid trip with no pay off or explanation. Also, the pacing is so slow. The only reason it's not much higher up is because it does stick pretty well to the plot. However, it leaves out so much that it leaves much to be desired. The book, by contrast, I really enjoyed. The characters and setting were fleshed out, and we actually got an explanation for the black slab in space, Hal's behavior, and the giant space baby. I low key also fell in love with the book version of David Bowman.

Based off: Ninjago TV show

Anyone who shames you for watching a show geared towards kids needs to take a hike. Dragons, martial arts, never ending lore, and one of the greatest villain redemptions ever, this LEGO based show hits all the right fantasy notes. Too bad the 2017 movie adaption completely shamed and butchered it. Honestly, there's really nothing to salvage out of this, save that they had a higher budget for animation. They took the original story and made it different, and told most of the main cast of characters to take a back seat. How's that for disrespectful?

Based off: City of Ember book series 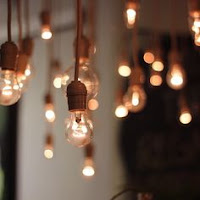 The titular city is a full fleshed world. Ember is a human city, living in darkness, where their very livelihood depends on the fact that they have electricity. When the lights start going out, and resources start running out, panic starts to set in. Two teens must find a way out before the city goes dark for good. The movie tries to follow this narrative, but the problem here is that it was too cheaply made. The casting and acting are awful, as are the effects. The struggle to find a way out, and dwindling resources, take a back seat to giant moles and insects. Why exactly are they there? No one knows and, frankly, no one cares. It's a shame too, since the booke were so amazing.

Percy Jackson and the Lightning Thief (2010) 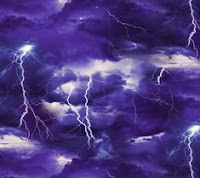 So, yeah, the books weren't short on humor, but that doesn't mean you take that element, dial it up to eleven, and throw everything out the window. The thrill and lore of demi- gods and Greek mythology were a huge part of the books, something we all got really invested in. I mean, the lack of inconsistency is staggering. One minute, the characters are geniuses, and the next, utter morons. Even to outside viewers, no one really enjoyed the movies. The casting was garbage as well, making the characters way older and, well, not consistent with their book counterparts.

Based off: The Inheritance Cycle book series

Every time I think back to my time watching it... I just, cringe. A high fantasy novel series like this deserves the same care that Harry Potter and Lord of the Rings got. They were amazing! Instead, we got... whatever this was supposed to be. Not only was it a cheap, shallow fantasy film, they had the audacity to give Saphira, one of the most kick butt dragons to ever exist, feathered wings. Feathers. On a dragon. I just really can't. I think those who have read the books collectively pretend the movie doesn't even exist and never happened. There was only one good thing to come out of it, and it was casting Robert Carlyle as the Shade. But even his villainous potential was completely wasted.

Based off: Avatar: The Last Airbender TV show

Movie? What movie? That's the response to this absolute garbage movie. The show, we can all agree, is an absolute masterpiece. No one says anything about it, or can criticize it in any way. I think the only complaint anyone has is that there was only three seasons. For one, the movie casting, dialogue, and bending was atrocious. I mean, sure, CGI wasn't super advanced in 2010, but they were able to make freaking Avatar the year before. And to butcher the story and the morals and values it offers like that.... Yikes. Since we can all pretty much agree on this one, I don't have much more to say.

Based off: Artemis Fowl book series

Excuse me while I go off to a corner and cry for a bit. If you've seen some of my other lists, you'll know that Artemis Fowl is arguably the greatest book series to ever exist. It's actually pretty flawless. So, when I heard there was a movie coming out, I got super excited and then super nervous. I ended up watching it, and, well, was wishing they'd never attempted one. In its favor, the casting, set and costume design, and musical score all lived up to the name. But, to have my favorites just so cheaply done like that is something I will, never, ever forgive, and it is why this pick makes number one.

And there you have it! Do you agree with my choices? What are some of the disservices done to your favorite books and shows? Stay tuned, cause next week we'll be getting into those that did get the royal treatment.