It's the most wonderful time of the year! Time for songs and Christmas trees and the best of traditions: watching Christmas movies! Today, I'm listing my favorite Christmas movies I love watching every year. It's required viewing. There will be SPOILERS down the line. On with the show! 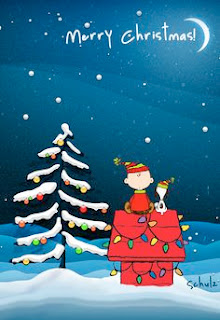 It may not be the most wholesome or family- friendly movie of the bunch, but goodness if it isn't just a fun Christmas comedy that never fails to make me laugh. It celebrates the concept of family coming together for the holidays, no matter how crazy, while at the same time poking fun at the crazy. There's all the usual traditions, like getting a tree, putting up lights, and cooking turkey, but with a classic Griswold family twist. It's very relatable on a lot of levels, even if it's dialed up to eleven.

I love the HTTYD franchise, and I enjoyed how the trilogy ended. This wasn't the first Dragon Christmas special to come out, but it told two separate stories of two different families. We got to see the Night Lights take center stage in all their cuteness, as well as see Hiccup and Astrid's kids get up to some trouble. It was a beautiful story, with of course visuals that are just a treat to the eye. Plus, it's always great to see beloved characters grown up and trying to e parents to a new generation while at the same time preserving everything that made the original so special.

Contrary to what I first thought going into this movie, it came out in 1990 instead of the eighties like I thought. Whatever the case, this movie is a classic for good reason. It's funny and heartwarming, and I think the scene in the Catholic church on Christmas Eve is severely underrated, as Kevin and Old Man Marley have a heart to heart about family and fears. John William's gorgeous score adds to the overall message of the movie. Of course, the iconic last half hour that the film is famous for is always a fun romp, even though I'm pretty sure neither of the bandits would have survived half of those death traps. I actually didn't see this until I was older, but it has quickly become a favorite of mine. 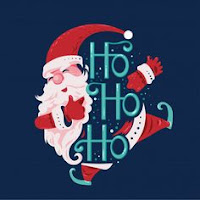 I grew up on this film. I don't think there's a single Christmas that has gone by that I haven't watched it. It holds a special place in my heart, and Tim Allen is always a win in my book, and he was cast perfectly for this role of a Santa who very much did not believe in it and did not want the job to begin with. I'll be the first to admit that it's a little dated, especially effects wise, but since it's from the 90's, I'm more than willing to overlook the shortcomings. The childlike joy it portrays is infectious, and perfect for getting into the Christmas spirit. The only reason it's not higher in the list, is, because I said, it's a little dated.

Modern Christmas films that release in theaters specifically for Christmas can always be give or take. So, I was kind of skeptical about an animated film about the Nativity told from the animal's point of view. As a Christian, I actually ended up really, really enjoying it. It's filled with music and heart, and does not subtract from the birth of Christ, keeping it miraculous and beautiful, as it should be. What I really enjoyed, though, was the message it conveyed. Every character was searching for something, feeling like something was missing in their life. It wasn't until the end, when Jesus was finally born, that they found purpose. I think that really speaks volumes.

You will be hard pressed to find anyone who has something bad to say about this movie. Whether you're looking for a romance, comedy, a musical, or just a Christmas movie, you need not look any farther. You get to follow the adventures of two war buddies in show business falling in love with two sisters and bringing some Christmas joy to an old friend with a spectacular performance. All the performances are genuine, and it's always a treat to hear Bing Crosby singing, especially his classic White Christmas song. The songs and choreography have gone down in history as some of the best old Hollywood had to offer. Also, I would simply love to wear those gorgeous red dresses the women wear in the finale, please and thank you. 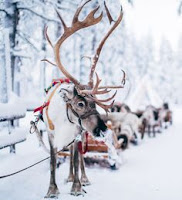 Turns out there are more editions to this tale than I thought. Regardless, I've only seen one, and that was original stop- motion Rudolph aired way back in the day. Sure, the song came first, but this quaint retelling that brought it to life for the first time never fails to make it really feel like Christmas. This was one of my favorites as a little kid, and I always got excited at the finale, seeing Rudolph take to the sky as a realized adult. I guess not much has changed in twenty years, huh. Anyway, it doesn't matter if you like stop- motion or not (I personally think those movies are underrated), you will enjoy this story of our favorite reindeer.

Mickey's Magical Christmas: Snowed in at the House of Mouse (2001)

The early 2000's on Disney channel saw an ambitious show come on the scene, where creators crossed over many different films and characters at once while at the same time airing old cartoons. This Christmas special was no different, showing new cartoons like the Nutcracker and bringing old favorites like Mickey's Christmas Carol (which is the best version of the book and you can fight me on this). The ending cartoon and the ending song are two of the biggest reasons this is so high on my list and so close to my heart. I'm going to put the link to the ending song here, just so you have a chance to listen to it and feel the love. 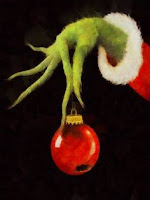 I'm not sure Dr. Seuss knew what an icon this story would be for Christmas when it was published in 1957. Let that sink in. 1957. Since then, it has spawned so many adaptions and songs that it's hard to keep track of. My favorite version, though, will forever be the original TV special that starred Boris Karloff and Thurl Ravenscroft. The clean animation, bright colors, catchy songs, and ryhmning dialogue all give it that special Christmas feel. Interestingly, the Grinch was a self insert character for Seuss himself, as he was trying to find the meaning of Christmas again. I hope he did, and, even if he didn't, he sure helped a lot of people find their way back. 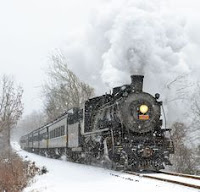 I can still remember a time when I believed in Santa Claus. But, if there was one thing I wanted more than to see him on Christmas Eve, it was hoping the magical train called the Polar Express would whisk me away. Who wouldn't? To be honest, there's not a truckload of story or character, but that's not where  this movie shines. It's the soundtrack and visuals, and capturing the true magic that Christmas brings. The way the train appears out of no where, the way it drifts on ice, it's otherworldly crew, the larger than life North Pole (ever noticed how everything just seems bigger there?), and the beautiful soundtrack. The moment when the reindeer finally take to flight and then disappear in magical sparkles is one of the best Christmas moments I look forward to every year. To top it all off is Tom Hank's performance and Josh Groban's original song Believe.

And there you have it! What are your favorite, must watch Christmas movies every year? Comment below and let me know! There are still four slots open for the last House Special of the year, which will feature characters from Christmas classics. Also, in the season of giving, I wanted to share my absolute favorite piece of Christmas music ever. I highly recommend giving it a listen here.