Hello and happy March, everyone! Where I live, spring is just around the corner, meaning sunnier days and warmer weather. Today's topic doesn't have much to do with spring, but music is as timeless as language, and can be one all on its own. There is hardly a better composer out there than the legendary John Williams, who has composed classic music for classic films. For this list, I'll be looking at specific score pieces that are his best, not the soundtrack itself. You will find highlighted links to the music below, so listen on if you please. There will be NO SPOILERS this time, since it's all about the music. 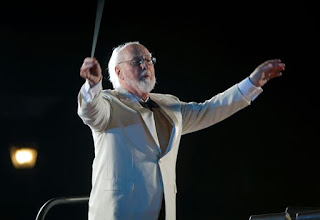 Harry Potter and the Sorcerer's Stone

This music piece might have been named after Hedwig the owl, but we all know that this is the commonly known Harry Potter theme instead. It has played at the start of every movie, and has been done in different styles, from lighthearted to dark and gloomy. The opening piano points to something mysterious and unknown, while the rest leaps right into the adventure of it all. The fact that it's named after Hedwig makes you wonder if the story was actually about her all along.

As you probably noticed, this doesn't have a movie attached to it. And that's because there is none. Listen to it and you'll realize why. Bugler's Dream is the Olympic games fanfare, played relentlessly on TV during the Olympics. There's something quite uplifting about hearing the trumpets and drums kick in when we see the five Olympic rings flash across the screen. It's a true athlete's songs, and can also be used for all the dreamers of the world. It came as a bit of a shock (though I suppose I shouldn't have been surprised) when I learned that John Williams was behind the fanfare.

It doesn't matter if you've seen the movie or not. Heck, it doesn't even matter if you've never heard of the movie Jaws. Unless you're completely cut off from the outside world, you've heard those dreaded two notes played once in your life. And yes, the supposed shark theme is literally just two notes played together, sometimes slow, and then reaching a fevered pitch. Even the most genius and famous of scores can be the simplest thing. There's some accompaniment in the background of the piece, but beyond that it's not much else, and that's what makes it beautiful and terrifying.

Somewhere in My Memory

Unlike most of the others on this list, Home Alone was not expected to be a hit classic, and didn't have a hit director at the time. However, after reading the synopsis for the movie, John Williams eagerly agreed to score it, thinking it was a great idea for a film. I think we can all agree that this Christmas classic would not be quite the same without the emotional center that is Somewhere in My Memory. It's heavily Christmas, heavily nostalgic for everyone, and almost moves me to tears every time I hear it, thinking of my own past memories.

The Adventures of Tintin

The Adventures of Tintin: Secret of the Unicorn

When you put Steven Speilberg, Peter Jackson, and John Williams on a project, throw in some freakishly talented voice actors, you have yourself one of the best animated films ever. Staying true to the nature of the comics, Williams ramps up his game with the opening theme of the movie, promising adventure, with mystery lurking around every corner. It promises kept secrets, and really gets you into the flow of the time period it's set in. It's a quieter piece, and I think it works perfectly.

I have never actually seen this movie myself, but you have to admit the score is so heart wrenchingly beautiful, like someone longing for home. The African chanting is a beautiful addition to it and makes me want to cry. For me, it's like being free, which I think reflects what the movie Amistad was trying to get across. It tells the brutal story of the slave trade, and slaves aboard a slave ship who were taken from their home by their own people. Even the score title alone tells a whole story. 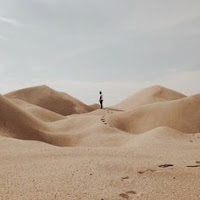 Imagine going into the theaters in the 70s, to see this brand new sci- fi film. It's quiet, and then suddenly your smacked across the face with Williams' trumpet blast and a yellow title card boldly announcing exactly what you've come to see. If it's one thing this score was trying to do, it's make a grand entrance. And that's exactly what happens. The opening music alone is enough to grab the audience and reel them in before we even know what the story's about. Without it, Star Wars may not have become the phenomenon it is today.

This piece can be split into two parts, in my opinion. The first half is more gentle, capturing all the beauty of new life and possibilities in one. It's also majestic enough to envelope the sheer miracle and size the dinosaurs are. The second half is a welcoming fanfare of glorious entry, as if announcing the dinosaurs to the world. Both work so well, and each is just as recognizable. What's ironic about this piece is that Jurassic Park focuses quite heavily on the death and danger aspect of this concept, instead of sheer discovery. The music seems to lure you into a false sense of comfort before unleashing the magnificent T- Rex onto unsuspecting tourists.

Duel of the Fates

I speak from personal experience that there is almost nothing as epic as blasting this piece as loud as humanly possible in your home. After going years without a Star Wars movie to score, it seemed Williams was more than ready for more, and poured his creative genius into this one piece. No matter what your thoughts on The Phantom Menace (it's one of the best and you can fight me on this), we can all collectively agree that the fevered violins and eerie choir are some of Star Wars, and John Williams', best work. I have played this before on violin, and it's actually not as hard as the music would have you to believe. 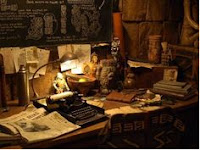 If adventure music has a name, it must be John Williams! Listening to this, you can't tell me you don't want to grab a fedora, put on some hiking boots, and go exploring into the unknown on all kinds of adventures. I'm not going to lie, partway through you can definitely hear echoes of Leaia's theme from Star Wars, but, in my opinion, it's been cleaned up and made a whole lot better. Weird how both contained Harrison Ford... hmmmmm. I think we can agree that Speilberg and Williams both make one heck of a team when it comes to movie making as a whole.

And that wraps it up! Do you agree with my picks? What are your favorite John Williams scores? Let me know in the comments! Also, don't forget about this month's House Special! If you would like to see a certain character, make sure and comment below.