Time Travel. One of the hardest fictional concepts to wrap our heads properly around. Can the future really be changed? Or does the flow of time merely right itself? Maybe it's best to let these stories handle that. Today, I rank my favorite time travel stories. To make the list, the story has to either revolve primarily around time travel, or have time travel be the crux of the story. There won't really be any SPOILERS, but I'll issue one just in case. Just think, your future self has already read this! 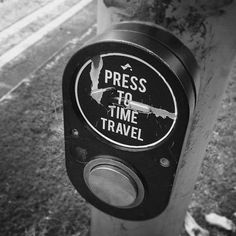 We'll start this list with a childhood classic of mine, Magic Tree House. These were sold in every book store, and the creative titles and covers drew you in with each new adventure. By opening a book and pointing to a page, Jack and Annie were able to wish themselves literally anywhere, and a bulk of the adventures took them to different times in history. They traveled on the Titanic, saw the Civil War, and even traveled back to prehistoric times. I haven't read these books in a long time, but they really sparked my imagination and my love for history all at once.

Prince of Persia: Sands of Time

This 2010 Disney film wasn't the biggest blockbuster of the year, but it sure is a fun ride. When you think of the Persian Empire, the last thing you think to accompany it is time travel. However, that's exactly what happens. The plot revolved around Prince Dastan and Princess Tamina trying to keep a time travel dagger out of the hands of the enemy. What's interesting is that it's not really the dagger itself, but the sand that goes inside. It can only reverse back a minute, but, as the movie shows, a minute can be all you need. Letting sand flow through endlessly reverses time as much as one wants, but with potentially deadly consequences.

Alice in Wonderland: Through the Looking Glass 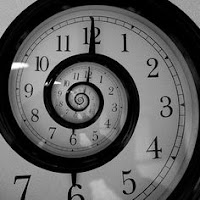 This was a live action Disney sequel to the first film, and offered an original idea to the Wonderland universe. Personally, I love Tim Burton's take on the animated film, with the bright colors and nonsense settings. In this film, time is portrayed as a person, literally named Time himself. He lives in a giant, clock- like castle and controls every aspect of time in Wonderland. Alice finds herself traveling to different points in Wonderland's past, and finds that nothing can alter the course of the future. The film also asks what would happen if you really did meet your past self. In this version, time literally freezes over. 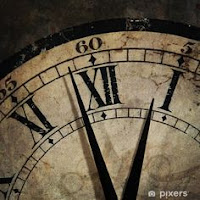 Small choices have massive consequences. That's the central theme of this short book. It's something you can read within a day, and I highly recommend it. There are three central characters in the story, the primary one being Father Time, a man from ancient times who doomed himself to immortality after being the first to count hours in the day. He's tasked with helping two people in the present: An old man with cancer who wants to cryogenically freeze himself, and a young girl going through heartbreak. We get looks at past, present, and future in a way that shows even the smallest choices we make have massive consequences in the future, even if you think you're insignificant.

Among animated Disney films, this is one that goes overlooked most often. Heck, I didn't watch it until I was older, and maybe that was a good thing. The movie centers around boy genius Lewis, who is an orphan who can't understand why his mother left him. Cue the time traveling shenanigans where Lewis is launched into the future and meets a quirky family he comes to love. The movie is filled with inspirational messages and the usual time travel twists that, honestly, I didn't see coming. Here, the flow of time can be changed and altered, and the characters often have to work to reset it. The main theme of this movie can be summed up in three words, a quote from Walt Disney himself: 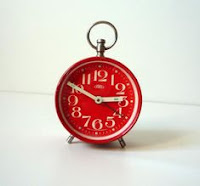 This is definitely one of the most original time travel ideas on the list. If the gorgeous covers don't make you want to read them, maybe this will. Gwynweth is the main character, whose cousin Charlotte has inheirited the female time travel gene that runs in their family. However, turns out that Gwen actually has it, and now can jump between past and present. What's interesting about this is the way it's set up. The family has an entire system set up for safe time travel for when females come of age, including making period accurate costumes for them. To add to the drama is another family, whose males carry the time travel gene, and Gwen and the current male traveler, Gideon meet. It's a fun story with all kinds of twists, turns, and technicalities, and is explained in a way that makes it easy to understand.

Star Trek, no matter which series you're talking about, is full of time travel, like any good sci- fi story. However, the fourth movie that spun off from the original series is by far my favorite time travel jaunt. There's not a whole lot of story, plot, or especially high stakes, but it's just so much fun. It's literally the characters from the original series running around in the middle of the 1980's, utterly clueless while trying to save some whales. It honestly doesn't have much to do with the consequences of time travel at all, but sometimes you just need some old fashioned Star Trek 80's fun. 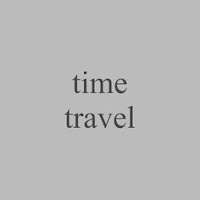 Unlike the other entries on this list, which are books or movies, this pick is a twelve episode anime show. Like Ruby Red, it's another example of taking time travel and putting a fresh spin on it. Satoru is the main character who has an ability called Revival, where he unconcisouly jumps backwards in time for a few minutes, usually to avert something bad happening to someone. There is mystery in his past when he was a kid, but it doesn't really bother him anymore. That it, until his mother is killed, his Revival kicks in, and he finds himself back to his childhood to avert some disaster. We get to hear is inner monologue, which is now that of an adult man trapped in a kid's body with kid's emotions.

Back to the Future Trilogy 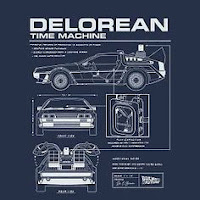 OK, OK, you all knew this one was coming eventually. I mean, these are THE time travel movies, and 80's classics to boot. The adventures of Marty and Doc Brown take them back to the 1950's, to 2015, and then back to the 1880's. We get to know and love the characters, and find that trying to tamper with past events lead to bad consequences. What I enjoy, though, is that not all the outcomes are bad. George McFly mans up and Marty changes his future for the better when he avoids a car crash. It's full of humor, heart, love, and friendship spanning nearly a century of time. I'm also not above a little bragging. A bulk of the third movie was filmed in my area, and I have seen the real Delorean in person.

What's so great about this book series that pushes even Back to the Future out of the top spot? A rollicking ride of humor, bizarre characters, and family values is what. Don't let the fact that it was written for kids fool you, you will love it even if you're in your 80's. I don't think I've ever laughed so hard at anything, ever. The books center around a family of widowed scientist Ethan Cheeseman, his three children, and their psychic dog. Ethan is in the process of building a time machine to save the life of his late wife, and hilarious time travel adventures and shenanigans ensue. Along for the ride are mysterious corporate spies, a variety of ghosts, some time traveling pirates, and bits of unsolicited advice, which I would advise taking to heart.

And there you have it! My favorite time travel stories. Do you agree with my list? What are your favorites? Comment below and let me know!